It was a Friday, the last day of school for 8th grade. The sun was beaming down, a light breeze occasionally whistled by, and there were no clouds in sight. School buses could be seen dropping off rowdy children, stepping off the bus and chucking their backpacks into the air while screaming in joy. It was a celebratory day for these kids, one that called for a last-day-of-school pool party.

As girls were packing their pool bags with pink towels and scented sunscreen, the boys were slapping on cologne and taking off for the neighborhood pool on their bikes. But just a few houses down from this pool, lived Sophia, also a middle school graduate. Unlike the other girls who were already on their way to the party, applying some last-minute mascara and throwing their hair into little ponytails, Sophia was having some doubts.

Standing in front of her body-length mirror, Sophia wore her new light blue flowered one-piece, a bathing suit that took forever to find because of how self conscious she was about her appearance. Sophia wanted so badly to fit in with the other girls, so she sat herself down in front of her vanity and shakily applied mascara and blobbed on some heavy lipgloss. She tried straightening her frizzy hair but after many failed attempts, she gave in and went with her usual messy bun. Almost ready to leave, Sophia realized she forgot one very important thing! Her nails! Becoming anxious, Sophia quickly rummaged through her nail polish rack, picking out a bright green color, thinking it was a summer hue that would really pop in the water. She lathered it on her fingers and toes, and blew on them until her face turned purple, hoping they’d be dry in time.

“Sophia, are you almost ready to go? I can see some kids down the street already at the pool!” Sophia’s mom yelled to her daughter from the kitchen, packing her some pool snacks along with a pink lemonade, Sophia’s favorite.

“Yes, hold on I’m almost done!” Sophia slipped into her flip flops, packed her towel and goggles into a random nearby bag, and headed for the door.

“Ok bye mom, I’ll text you when I need to be picked up. Love you too.” Sophia shut the car door and watched her mother drive away. This was it. Sophia walked up to the pool gate only to realize… she forgot her pool key! She couldn’t get into the pool without it! Sophia became anxious and embarrassed. She was just standing there like a loser while everyone was inside and splashing around, enjoying the party. Thankfully a little boy was just beginning to walk out, so Sophia was able to grab the gate before it closed. But Sophia couldn’t help but think that maybe that was just the beginning of her bad pool day experience.

Sophia finally walked in and took a look around. Everyone from school was there, either eating fruit at the table, sunbathing on chairs, or playing around in the water. Everyone there seemed to have a purpose, except Sophia. She awkwardly sat down at an abandoned table, and took off her coverup. Sophia knew she was a little chubby, she had many insecurities about herself. So exposing herself to all those people in a tight bathing suit definitely took some courage. Courage, however, that didn’t seem to matter to the group of mean girls who now sat next to Sophia.

“Hey Sophia! I LOVE your bathing suit. It really suits your…body weight.” Vanessa looked Sophia up and down as if to judge her. Now extremely self conscious, Sophia covered herself back up with a towel as this mean girl continued.

“Anyways, want to get in a picture with us? We want to capture our last day of middle school together, so maybe we can get a pic in front of the pool!”

Sophia excitedly agreed, thinking that maybe she was finally accepted as a cool kid, and hoping that Vanessa would post their picture on Instagram so that everyone would see how cool Sophia was. But as their posse assembled themselves by the pool, already striking their model poses, a girl known as Jules tapped Sophia on the shoulder and shoved her newest Iphone into Sophia’s hands. Confused, Sophia asked why she was being given her phone. From the center of the group by the edge of the pool, Vanessa called “Oh, because you’re going to take our picture, silly! Now please, take a bunch with a lot of angles so we’ll have a variety to choose from for when we post.”

Sophia then realized their game. They were never going to let her be in the picture, they only wanted her to be their camera man! Tears raced down her cheeks and sobs came in short bursts as she ran out of the pool and home. She was mortified. Once reaching her front door, she realized she left her bag with her towel and snacks inside at the pool, but what did it matter? Sophia was never going to the pool again.

“Woah woah, what’s wrong? Why are you home so early from the party? Is everything alright?” Sophia’s mother chased her into her room, but not before Sophia slammed her door shut and locked it. Her vision was blurred from the buildup of tears, and her face was red and blotchy from all the sobbing. She ripped her ugly bathing suit off, took off all that fake makeup, and dunked her nails in nail polish remover because she never liked that green color anyway. She shut her blinds, turned off the lights, and dove under her covers in bed, phone in hand. She pulled up Instagram.

Once the app loaded, Sophia scrolled through all the posts, her facial expression turning blank, like the second she began using this app she became enslaved to it, her eyes glued to the screen. As she refreshed the page, she started to see all these pictures from that stupid pool party. And as she scrolled down even further, she saw Vanessa’s post. Apparently they found someone else to take their pictures. All the girls stood there with perfect postures, slim bodies in cute pink bikinis, french manicured hands and feet, and fake smiles staring straight into your soul. Sophia cried harder as she did what you’re supposed to do on Instagram. She clicked “like” and went to the comments section. As the tears fell harder, she typed “OMG so pretty!!” And her thumb routinely hit “Post comment”.

Not until her mother knocked on her door was Sophia reawakened from the wrath of social media. She turned her phone off, and looked up at her mother, beginning to tell her everything. After they had talked and Sophia was feeling a bit better, her mother guided her to the kitchen to sit down and have a glass of water.

“Oh and you better start getting ready for jiu jitsu tonight, I can braid your hair again.” Sophia’s mother looked to Sophia for any form of response. Sophia just swirled around the water in her glass, the ice cubes clinking together.

“Well, mom… do I have to go to jiu jitsu tonight? I go every night of the week so maybe I can have a break from it just once?” Sophia hesitantly asked her mother.

“Now honey I wouldn’t usually make you do something you don’t want to, but when you come home from rolling, you’re always in SUCH a great mood! You instantly feel better about yourself when you do. I think you should talk to your father about it.” Sophia rolled her eyes and let out a sigh.

“Woah, what’s all this about?” Sophia’s father walks in and sits across from Sophia. “Jiu Jitsu is good for you, hon. It boosts your confidence and you walk out of there with high self esteem, all while getting in a good workout for your body. Sophia, you’re going. Plus I think you could use a break from that Instagram you kids use these days.” Her father winks, as if knowing Sophia had just spent 2 hours locked away on her phone. It was pretty clear to Sophia, she was being forced to go tonight.

“Hey Sophia!” Taylor, a friend of Sophia’s from jiu jitsu, waved her down. They changed into their gis and went out to the mats to warm up. They greeted their coaches and other friends who came in late. While beginning her stretches, Sophia noticed a newcomer nervously walk in. She decided to take it upon herself to teach him how jiu jitsu class functions and the rules of the gym (one being no shoes on the mat which was the first rule he immediately broke walking in…)

Helping this anxious kid and guiding him in his first steps to a jiu jitsu journey helped Sophia to reconsider some things. Whereas she wasn’t accepted at the pool, jiu jitsu was the one place that accepted everybody, where there were no outsiders. And this was when Sophia turned into her fierce, confident self again. One of the first things Sophia decided to teach this newbie, was slap and bump, the beginning to a brotherhood.

Having found herself again, Sophia tied her belt tight against her waist, slapping the ends together with a fierce grunt. She was ready to roll.

Starting with the technique of the day, Sophia could already begin to feel her ego changing. She found herself joking around with friends, and feeling much more confident in herself. When it came time to roll, she got a triangle choke on Taylor that she had been trying to do for weeks, as Taylor had more experience than her.

“YES! You did it Sophia! Great job, that was so good!!!” Taylor tackled Sophia to the ground in a violent embrace and they laughed until they were told to get back to rolling. As class came to an end, the sweat dripping down Sophia’s forehead, her damp gi, the smile on her face, it was all worth it in the end. Driving home, she turned up the music and danced in her dad’s car, so much happier than before. Just one class of jiu jitsu turned her back into her strong, confident, and beaming self. Arriving home about 10 minutes later she ate a healthy dinner, showered, and got herself into bed, leaving her phone with all of its drama on the other side of the room. As she got herself comfortable under her sheets, she realized: It was summer! Sophia was so caught up in fitting in at that pool party, she lost sight of reality outside of the gathering.

So laying in bed, staring up at the glowing moon through her window, Sophia decided to invite all her friends from jiu jitsu over to the pool tomorrow. And she wouldn’t care what she looked like, or try to act a certain way. From now on, Sophia would rock whatever she wanted to wear, and be her own person. And going to jiu jitsu every week would definitely help her keep sight of what’s important in life. 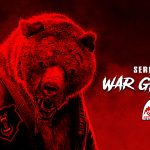 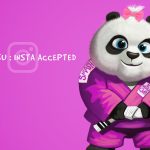 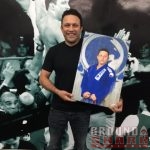 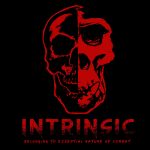 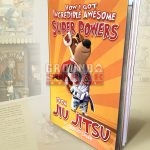 The Making of an Incredible Awesome Superpowers 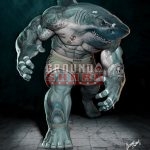